Fill out a simple online form to get advice & treatment by the end of the next working day.

Consult Online
The Fishponds Family Practice > About Us > Our Team > Doctors

Moira studied medicine at Bristol University, qualifying in 1985. She has worked in many hospitals in Bristol including the old “Manor Park”. She joined the practice in April 1996, the first new doctor for 17 years, though there have been many changes since that time.

Moira is married to Simon, a lawyer, and they have two children, Katherine and Charlie. In her spare time, she enjoys swimming, gardening and dragging the family out on country walks.

David joined the practice in 1998. He qualified from University College London in 1991 and then completed his post-graduate training in Glasgow.

He is married, with four children and outside work he enjoys cycling and football. His playing career is sadly past its best but he is still a keen supporter of Everton Football Club. 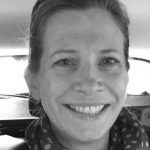 Dr Hatton’s medical interests are women’s and children’s health and she is also a GP trainer.

Claire joined the practice in 1999.  She qualified in 1992 at St Mary’s Hospital Medical School in London and did her GP training in Guildford. She then moved to Bristol. Outside of work, when the time from looking after three children permits, her hobbies include running, cycling and winter skiing. 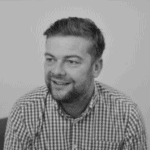 Dr Atkins is particularly interested in the treatment of dementia and is also involved in teaching medical students.

Simon joined the practice in May 2000. He studied at Bristol University Medical School and trained as a GP in Bedminster Down.

He is married with three children and in his spare time enjoys going out and about with the family, watching Bristol City (not always enjoyable!), running and cycling.

He is a freelance medical journalist and has been a columnist for The Guardian and the Bristol Evening Post. He presented the BBC 3 TV series ‘Make Me a Baby’ and wrote the accompanying book. He has written five books on various health subjects ranging from conception and childbirth, quitting smoking and insomnia. His most recent book, published in January 2015, is Dementia for Dummies and you can see all his books online on his Amazon page.

His earlier book on dementia, ‘First Steps to Living with Dementia’ published in February 2013 has been chosen by the Reading Agency to be included on a list of books that are available on prescription from libraries throughout England as part of their Reading Well project. 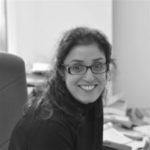 Dr Husain’s clinical interests include children and women’s health as well as research in Primary Care.

Maryam joined the practice in 2002. She qualified from University College London in 1996 and moved to Bristol with her husband in 2001. Her clinical interests include children and women’s health and she is also interested in research in Primary Care.

Her three children keep her spare time busy, but when time allows she enjoys the occasional “Zumba” fitness class and has run a few 10k races. 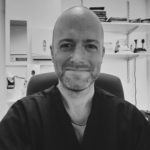 Jonathan moved to Bristol after graduating from Oxford in 2010. He initially joined the practice as a Registrar in 2015 and returned as a GP in 2019.  He has recently rediscovered the joys of running, the ups and downs of allotmenteering and is a trustee of his local nature reserve on which he can often be found with his children looking for creepy crawlies. 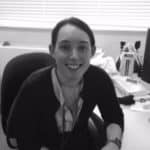 Dr Kay has a wide range of medical interests, finding that it’s the variety of conditions seen in general practice that makes life interesting! She enjoys teaching and is involved with medical students from the University of Bristol.

Natalie joined the practice in 2017. She qualified from the University of Edinburgh in 2007 and moved to Bristol following 2 years working as a GP in Sydney, Australia.

When not working, Natalie enjoys a wide range of activities including cycling, running and softball.

Options & where to get the best support
Services directory

We’d like to keep you informed with what’s new at the practice by sending you the occasional email. Please provide your details here. You can unsubscribe at any time.